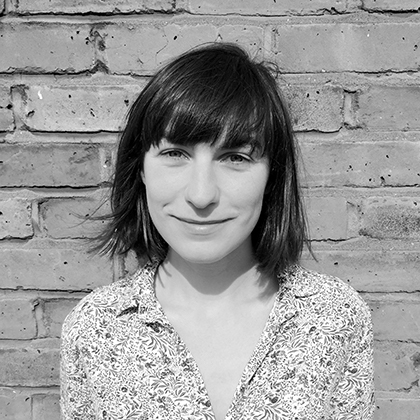 Created, Changeable, and yet Acausal?

There are entities, such as novels, poems, and games, amongst others, that seem both to have been created, and to be the kind of thing that can be changed. These entities also seem to be repeatable in a similar way to universals, numbers, and propositions. Repeatable entities are intuitively taken to have to be non-spatial, i.e. without any spatial location, and acausal, i.e. unable to causally interact with other entities. So, there are entities, including novels, poems and games, that we intuitively conceive of as created and changeable, and acausal. It has been suggested, however, that whatever is created, or changeable, must be causal. This suggestion is here rejected as, at best, founded only on an over-generalisation from our paradigmatic cases of creation and change: one spatial object creating, or changing, another spatial object. Consideration of our conception of novels, poems, and games, amongst other entities, encourages us to see the over-generalisation for what it is, and reject the idea that whatever is created, or changeable, must be causal. It is concluded, then, that our intuitive conception of novels, poems, and games, and the like, as created, changeable, and yet acausal is coherent, and should be upheld.

Vanessa Carr is a PhD candidate in philosophy at UCL, working primarily in metaphysics and philosophy of action. She completed the MPhilStud, also at UCL, and received a BA in Philosophy, Psychology and Physiology from the University of Oxford. Vanessa’s PhD research addresses the nature of activity, and examines the relationship between causation and activity.  She defends the existence of causation by agents, but challenges the viability of an account of activity in terms of causation by the agent. 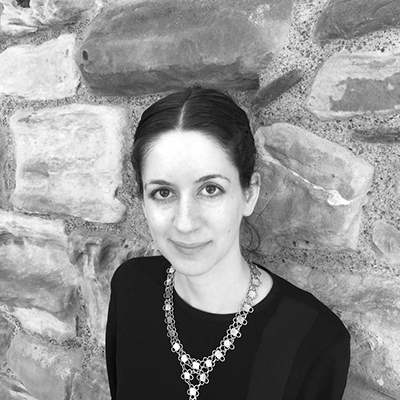 There Are No Category Mistakes

Poppy Mankowitz is a PhD candidate in philosophy at the Arché Philosophical Research Center, in the University of St Andrews. Previously, she completed an MPhilStud and BA at King's College London. She works primarily on the philosophy of language, semantics and metaphysics. Her current research centres on the way we structure information within discourse, and how attending to information structure can resolve a range of philosophical problems. 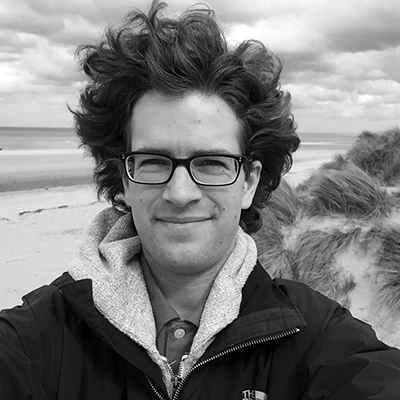 Benjamin Marschall is a PhD student at the University of Cambridge, working on deflationism in metaontology. In addition, he is also interested in the metasemantics of demonstratives and Kant’s views on mereology. Before coming to Cambridge he studied in Berlin (Humboldt University, BA and MA) and St Andrews / Stirling (MLitt). 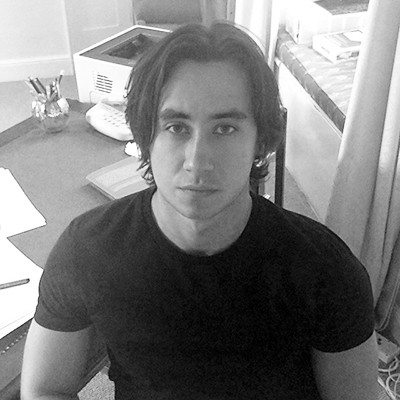 Alexander Roberts is a D.Phil student at the University of Oxford whose main research interests are in metaphysics and philosophical logic. Before starting his D.Phil, he received a B.Phil from Oxford and an undergraduate degree from Leeds. His D.Phil thesis is a collection of essays on the metaphysics and logic of metaphysical modality, each of which considers a challenge to idea that metaphysical modality is the maximal objective modality. His recent research has been on the metaphysics of higher-order modal logic and indefinite extensibility. 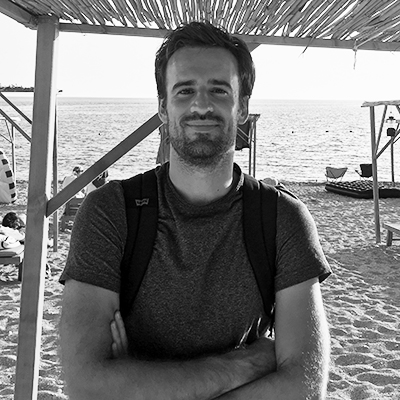 A New Position in Metaethics

The paper introduces a new metaethical position: Constructive Deonticism (CD). CD claims that whereas we should believe in deontic truths – about which acts are right or wrong ­– we should suspend belief in explanatory truths – regarding what makes these act right or wrong – in ethics. This is analogous to Van Fraassen’s Constructive Empiricism in the philosophy of science, hence the name. The main argument for CD is outlined: the argument from moral under-determination. Two independent considerations are then offered in its support. Finally, it is discussed why CD should be considered a form of anti-realism.

Marius Baumann is a PhD student at the University of Berne. He received his BA in Philosophy and German Studies from the University of Zurich and his MA in Political, Legal, and Economic Philosophy from the University of Berne. During his PhD he was a visiting research student at Brown and Reading Universities. He is a recipient of a 4-year Doc.CH grant by the Swiss National Science Foundation. Beginning in Fall 18, he will be a Postdoc at LMU Munich. His main research interests are in normative ethics, metaethics, and the philosophy of science. His thesis defends the claim that just as scientific theories can be underdetermined by the empirical evidence, moral theories can be underdetermined by our deontic verdicts. 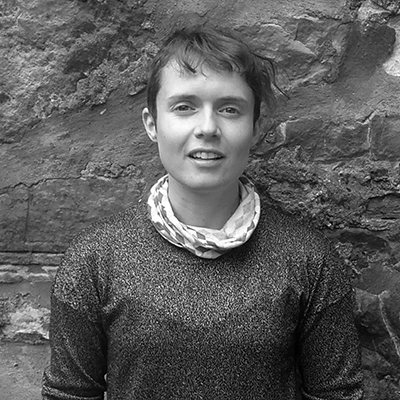 Rational Incoherence: How to Make Mistakes About What Rationality Requires

Sometimes it’s OK to make mistakes. I present a puzzle of epistemic rationality, and argue that the right strategy for dealing with it is one that says that sometimes rationality requires you to make mistakes, and sometimes it even requires you to make mistakes about rationality itself and what it requires of you. There are two significant consequences of the strategy I defend. One is that contrary to an increasingly popular line of thought in both the epistemological and ethical literatures, mistakes about the normative are of no more significance than mistakes about the non-normative. Secondly, contrary to widespread consensus, the enkratic principle not a requirement of rationality. I explain away the counter-intuitive consequences of denying the enkratic principle by distinguishing between two senses of rationality that have often been conflated - that of conformity to requirements and that of positive epistemic appraisal.

Claire Field is a PhD student at the University of St Andrews, with research interests in epistemology, ethics, and normativity. She is supervised by Jessica Brown and Brian Weatherson (Michigan), and she is a member of both the Arché Philosophical Research Centre and the Centre for Ethics, Philosophy, and Public Affairs at St Andrews. Her current work focuses on using an account of appraisal to solve a stubborn puzzle of epistemic rationality arising from misleading evidence about what rationality requires. 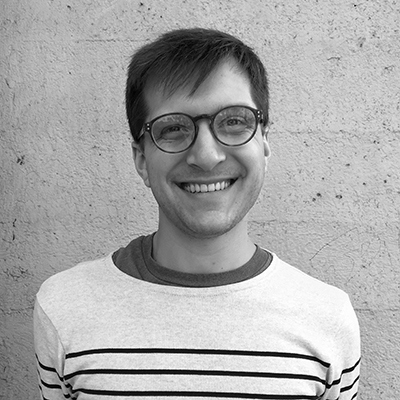 I present a paradoxical combination of desires. I show why it’s paradoxical, and consider ways of responding to the paradox. I show that we’re saddled with an unappealing disjunction: either we reject the possibility of the case, or we reject some bit of classical logic. I argue that denying the possibility of the case is unmotivated on any reasonable way of thinking about mental content. So, I argue, the best response is a non-classical one, according to which certain desires are neither determinately satisfied nor determinately not satisfied. I conclude by exploring connections with more traditional semantic paradoxes, and argue that this paradox requires a new way of thinking about propositional attitudes.

Ethan Jerzak is a PhD candidate at the University of California, Berkeley. This was interrupted by a stint at the MCMP in Munich, and preceded by a BA at the University of Chicago. He works mainly on language, logic, and epistemology. His dissertation is about what implications semantic paradoxes have for natural language semantics and theories of mental content. He's also interested in the concept of desire, and the dual role it plays in guiding and explaining action. 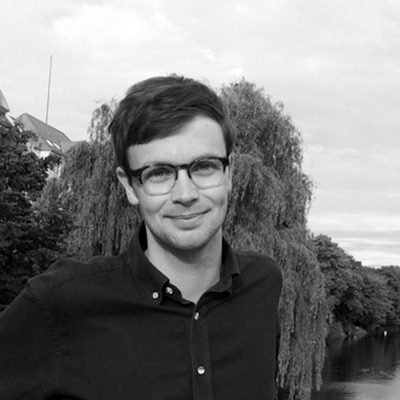 Doxastic agency and “making up our minds”

I argue that the standard challenge to the suggestion that we are capable of exercising doxastic agency rests on a misconceiving of cases in which it is exercised. We can exercise doxastic agency by reasoning or inquiring because we can do so at will and because to do so can just be to exercise doxastic agency. This does not require that all of the constituent acts which make up one’s reasoning or inquiry are themselves performed at will. The latter suggestion trades on a misunderstanding of cases in which doxastic agency is alleged to be exercised as parallel to paradigm cases of “making up one’s mind” rather than to paradigm cases of “finding out whether ...” or “figuring out that ...”.

David Russell Jenkins is a philosophy Ph.D. candidate at King’s College London, with primary interests in the philosophy of mind and action. As of October 2018 he will be a post-doctoral fellow at Tel Aviv University, working with Dr Yair Levy on his project 'Taking Action First'. His current research concerns the nature of inference and how it plays its role in doxastic agency—agency over belief. Of concern is how we can be active with respect to our beliefs and can be responsible for our beliefs accordingly, despite that we do not decide what to believe. On his view, we exercise doxastic agency by engaging in the activities of reasoning and inquiry—a fact which has been obscured by focus on single acts such as inference and judgment.

Learn more about the Supplementary Volume, including info on how to subscribe to the 2017 edition.