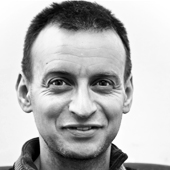 Samir is Professor of Philosophy of Science at the University of Bristol, where he has worked since 2003. Prior to that he worked at the University of York, London School of Economics, and UNAM in Mexico. He completed his doctorate at Oxford in 1998 under the supervision of Bill Newton-Smith. Samir works primarily in philosophy of science, with a particular focus on evolutionary biology, though also has done work on epistemology, rational choice theory, and probability and induction. He has published a number of papers in theoretical biology journals. Samir is the author of over 60 papers in refereed journals, an introductory book on philosophy of science, and a monograph Evolution and the Levels of Selection, which was awarded the 2009 Lakatos Prize for an outstanding contribution to the philosophy of science. He currently serves as Associate Editor of Philosophy of Science, and has previously served as Associate Editor for the European Journal for the Philosophy of Science. Samir was Secretary of the European Society for Philosophy of Science from 2009 to 2011.