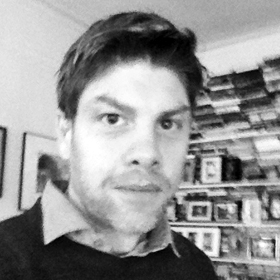 Matthew Soteriou's research interests in the philosophy of mind are in the philosophy of perception, temporal phenomenology, the philosophy of action and mental action, consciousness and the ontology of mind. Another focus of his research has been the epistemology of mental action and its relevance to our understanding of the epistemology of mind in general. In his recent book, The Mind’s Construction (2013, OUP), Matt argues that the right account of the epistemology of mental action has a crucial role to play in an account of how we know what we are doing when we are consciously thinking, and he connects this with differences between dreaming and wakeful states of consciousness. In The Mind’s Construction, he also explores some of the ways in which the ethics of belief may be affected once various ontological and agential considerations regarding the activity of conscious thinking are properly accommodated. Further research interests in epistemology include the epistemological role of perception and memory.

Matt has been the Editor of the Aristotelian Society since 2011. His responsibilities include the selection and editing of the papers in the Proceedings and Supplementary Volume.