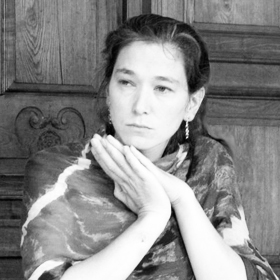 Aristotle bequeathed to us a powerful metaphysical picture, of substances in which properties inhere. The picture has turned out to be highly problematic in many ways; but it is nevertheless a picture not easy to dislodge. Less obvious are the normative tones implicit in the picture and the way these permeate our system of values, especially when thinking of ourselves and our ambitions, hopes and fears. These have proved, if anything, even harder to dislodge than the metaphysical picture which supports them. This paper first draws out the ethics suggested by a conception of being as individual substances, and finds both inner tensions among these values – expressed in divergent characteristics in the history of philosophy – and a neglect of a significant set of values. Substance metaphysics prefers freedom, independence and autonomy over relational and reciprocal values, which can even be regarded as existentially threatening. A prominent attempt to accommodate both sorts of values without eschewing substantialist metaphysics is briefly considered, before turning to examine an alternative metaphysics and the values it implies. A metaphysics which takes being as becoming, it is argued, supports an ethics centred on relational values, and their associated virtues of care.

Amber Carpenter has been Lecturer in Philosophy at the University of York since 2007; she has taught at St. Andrews, Cornell and Oxford. She has published in Ancient Greek philosophy, especially the ethics, epistemology and metaphysics of Plato, and is the co-founder of the Yorkshire Ancient Philosophy Network. She was an Einstein Fellow at the Einstein Forum, which enabled her to begin work in Indian Buddhist philosophy, and subsequently held an Anniversary Lectureship from the University of York. Her book on metaphysics as ethics in Indian Buddhism appeared in 2013. Her interests include the nature of pleasure and reason and their respective places in a well-lived life; the implications of metaphysics for ethics; and the nature of knowledge, our striving for it, and the effects this has on our character. 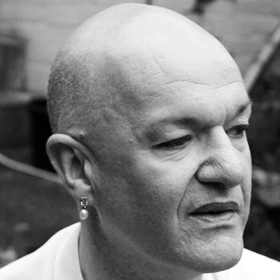 This paper engages with the idea at the core of my co-symposiast’s paper ‘Ethics of Substance’: that the Aristotelian concept of substantial being has ethical implications, and an alternative understanding of existence in terms of affecting and being-affected will help us more easily to accommodate relational values, which are thought to sit uneasily within the Aristotelian framework.

I focus on two questions. First, is there really is a tension between an Aristotelian metaphysics of substance and concern-for-others? The answer depends on how we understand the relation between my valuing something indeterminate but determinable (eg my having a child, or my living a life) and my valuing the particular way in which that determinable is contingently determined (eg my having a daughter or my living this life). I agree that Carpenter is correct in identifying the tension she does.

Second, does the alternative Buddhist influenced view of what it is to exist shift our attention from ethical values such as independence and autonomy onto interpersonal and relational values.? I consider an example which reflects another aspect of Aristotle’s outlook: his account of the ontological status of the simple material elements. I suggest that once we abandon the idea that such elements exist in virtue of specific intrinsic structures, then questions about the their persistence through the changes by reference to which they are identified at the very least admit of no determinate answer. This suggestion also supports the line taken in Carpenter’s paper.

Stephen Makin took his first degree at Edinburgh University, and then moved to Gonville and Caius College, Cambridge, to study for a PhD. His research was originally on the philosophy of the early Wittgenstein, but his interests rapidly turned to ancient philosophy. His doctoral thesis was on pre-Socratic atomism. He was a research fellow at Magdalene College, Cambridge, before being appointed to a lectureship in Sheffield in 1984. Stephen has published papers on philosophy of religion, Democritean atomism, method in ancient philosophy, the metaphysics of Aristotle, and Aquinas’ philosophy of nature. His book on principle-of-insufficient-reason arguments in ancient philosophy was published by Blackwell in 1993 under the title Indifference Arguments. His translation of Aristotle’s Metaphysics Book 9, along with a substantial commentary, was published in the Clarendon Aristotle Series in 2006. His research interests also include various topics in contemporary metaphysics.