Culpability and Duress: A Case Study

The paper examines the conditions under which we are responsible for actions performed under duress, focussing on a real case in which a soldier was compelled at gunpoint to participate in the massacre of civilian prisoners. The case stands for a class of cases in which the compelled act is neither clearly justified nor clearly excused on grounds of temporary incapacity, but in which it is nonetheless plausible that the agent is not morally blameworthy. The theoretical challenge is to identify the excuse in such cases and to explain its basis. The paper argues that when mortal duress excuses in cases of this sort, it does so because the compelled act, though impermissible and freely chosen, nonetheless fails to manifest ‘an insufficiently good will’. The argument depends on a potentially controversial thesis in the ethics of concern, namely, that a thoroughly decent moral agent — someone who cares enough about morality and the values that underlie it — will not always be moved to do what he knows he ought to do.

Gideon Rosen is Chair of the Council of the Humanities at Princeton University. He joined the faculty of Philosophy in 1993, having taught previously at the University of Michigan. His areas of research include metaphysics, epistemology and moral philosophy. He is the author (with John Burgess) of A Subject With No Object (Oxford, 1997). 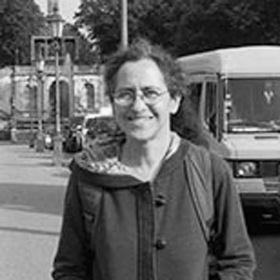 Culpability, Excuse, and the Ill Will Condition

Gideon Rosen has drawn our attention to cases of duress of a particularly interesting sort: the person’s ‘mind is not flooded with pain or fear’, she knows exactly what she is doing, and she makes a clear-headed choice to act in, as Rosen says, ‘awful ways’. The explanation of why we excuse such actions cannot be that the action was not voluntary. In addition, although some duress cases could also be viewed as necessity cases and thus as justified, Rosen wisely sets aside that complicating factor by zeroing in on those cases where the action clearly is not justified. So why do we—or more to the point, why is it appropriate to–excuse in these cases, where the action clearly is not justified and the agent acted voluntarily?

Rosen thinks the key lies in the ill will condition, ‘the idea that an act is blameworthy only if it manifests insufficient concern or regard for those affected’. Rosen says this is relatively uncontroversial; much of my paper is taken up with calling the ill will into question. I also take issue with Rosen on just how justifications and excuses differ. I argue in favour of understanding justifications (in a context where we are asking how justifications and excuses differ) as not requiring truth, but only reasonable belief.

Marcia Baron is Professor of Moral Philosophy at the University of St. Andrews and Rudy Professor of Philosophy at Indiana University. Her main interests are in moral philosophy and philosophy of criminal law. Publications include Kantian Ethics Almost without Apology (Cornell 1995), Three Methods of Ethics: A Debate, co-authored with Philip Pettit and Michael Slote (Blackwell, 1997), “Manipulativeness” (2003), “Excuses, Excuses” (2007), “Virtue Ethics, Kantian Ethics, and the ‘One Thought Too Many’ Objection” (2008), “Kantian Moral Maturity and the Cultivation of Character” (2009), “Gender Issues in the Criminal Law” (2011), “Self-Defense: The Imminence Requirement” (2011), and “Rape, Seduction, Shame, and Culpability in Tess of the d’Urbervilles” (2013). Forthcoming articles include “The Ticking Bomb Hypothetical” and “The Supererogatory and Kant’s Wide Duties.”