Should we explicate truth in terms of meaning, or meaning in terms of truth?  F.P. Ramsey, A.N. Prior and P.F. Strawson all favoured the former approach: a statement is true if and only if things are as the speaker, in making the statement, states things to be; similarly, a belief is true if and only if things are as a thinker with that belief thereby believes them to be.  I defend this explication of truth against a range of objections. Ramsey formalised this account of truth (as it applies to beliefs) as follows: B is true =df ($P)(B is a belief that P Ù P); in §1, I defend this formula against the late Peter Geach’s objection that its right-hand side is ill-formed. Donald Davidson held that Ramsey and co. had the whole matter back to front: on his view, we should explicate meaning in terms of truth, not vice versa. In §2, I argue that Ramsey’s approach opens the way to a more promising approach to semantic theorizing than Davidson’s. Ramsey presents his formula as a definition of truth, apparently contradicting Alfred Tarski’s theorem that truth is indefinable. In §3, I show that the contradiction is only apparent: Tarski assumes that the Liar-like inscription he uses to prove his theorem has a content, but Ramsey can and should reject that assumption. As I explain in §4, versions of the Liar Paradox may be generated without making any assumptions about truth: paradox arises when the impredicativity that is found when a statement’s content depends on the contents of a collection of statements to which it belongs turns pathological. Since they do not succeed in saying anything, such pathological utterances or inscriptions pose no threat to the laws of logic, when these are understood as universal principles about the ways things may be said or thought to be.  There is, though, a call for rules by following which we can be sure that any conclusion deduced from true premisses is true, and hence says something. Such rules cannot be purely formal, but in §5 I propose a system of them: this opens the way to the construction of deductive theories even in circumstances where producing a well- formed formula is no guarantee of saying anything.

Ian Rumfitt studied philosophy at Balliol College, Oxford, and at Princeton University, and has taught it at Keele University, the University of Michigan at Ann Arbor, and back at Oxford, where he was for seven years a Tutorial Fellow of University College. He has held a position at Birkbeck University of London since 2005. He works mainly in philosophy of language and logic, and in the history of analytic philosophy (Frege) with forays into metaphysics and the philosophy of mathematics. 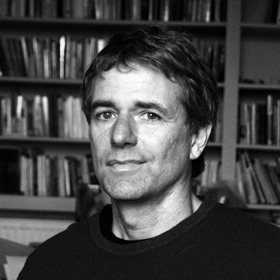 A response to certain parts of Rumfitt’s paper: I defend Davidson’s project in semantics, suggest that Rumfitt’s use of sentential quantification renders his definition of truth needlessly elaborate, and pose a question for Rumfitt’s handling of the strengthened Liar.