Normative accounts of the correctness of belief have often been misconstrued. The norm of truth for belief is a constitutive norm which regulates our beliefs through ideals of reason. I try to show that this kind of account can meet some of the main objections which have been raised against normativism about belief: that epistemic reasons enjoy no exclusivity, that the norm of truth does not guide, and that normativism cannot account for suspension of judgment.

Pascal Engel has held posts at the universities Grenoble, Caen, Paris-Sorbonne, and has been visiting in a number of universities. He is presenty professor of contemporary philosophy in the University of Geneva and directeur d’études, Ecole des Hautes etudes en sciences sociales in Paris. He has written extensively on the philosophy of logic, the philosophy of language and on the philosophy of mind. He is currently working on belief and epistemic norms. He is also interested in theories of truth, normativity and in the history of analytic philosophy. He has written a number of essays and articles in French and in English. Among his books feature The Norm of truth (Harvester 1991), Davidson et la philosophie du langage ( PUF 1994), Introduction à la philosophie de l ‘esprit (La découverte 1994), Philosophie et psychologie (Gallimard 1996), La dispute (Minuit 1997),  Truth (Acumen, 2002), Ramsey, Truth and Success (with Jerome Dokic, Routledge 2002), What’s the use of Truth? (with R. Rorty, Columbia University Press 2006), Va savoir (Hermann2007), Les lois de l’esprit (Ithaque 2012) and as editor Inquiries into Meaning and Truth (Harvester 1991, with N. Cooper), Précis de philosophie analytique (PUF 2000)  and of Believing and accepting (Kluwer, 2000). He has been editor of Dialectica (Blackwell) from 2005 to 2011. 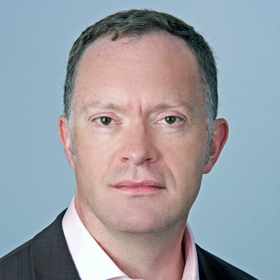 If beliefs are subject to a basic norm of correctness—roughly, to the principle that a belief is correct only if the proposition believed is true—how can this norm guide believers in forming their beliefs? Answer: This norm guides believers indirectly: believers are directly guided by requirements of rationality—which are themselves explained by this norm of correctness. The fundamental connection between rationality and correctness is probabilistic. Incorrectness comes in degrees; for beliefs, these degrees of incorrectness are measured by the so-called Brier score. This account is defended against objections; and its implications for suspension of judgment are explored.

Ralph Wedgwood is Professor of Philosophy at the University of Southern California (USC). He is the author of The Nature of Normativity (Oxford: Clarendon Press, 2007), and of more than forty articles on various aspects of epistemology and ethics (including metaethics, normative ethics, and the theory of practical reason).

He completed his graduate studies in Philosophy at King's College London (MPhil 1989) and Cornell University (PhD 1994). Before beginning the study of Philosophy as an graduate, he was an undergraduate in Classics and Modern Languages (German and Ancient Greek) at Magdalen College, Oxford (BA 1987).