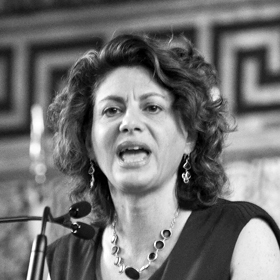 The Third Horse: On Unendorsed Association and Human Behavior

On one standard reading, Plato’s works contain at least two distinct views about the structure of the human soul. According to the first, there is a crucial unity to human psychology: there is a dominant faculty that is capable of controlling attention and behavior in a way that not only produces right action, but also “silences” inclinations to the contrary – at least in idealized circumstances. According to the second, the human soul contains multiple autonomous parts, and although one of them reason — normatively dominates the others, it may fail to do so descriptively: even in the face of full, explicit, well-reasoned, conscious awareness of the truth of a claim, a person may continue to feel residual inclinations towards disavowed, inappropriate and misguided experiences and courses of action. In this paper, I will argue that even the second of these views does not fully capture the ways in which reflective commitment fails to guide human action. Whereas the traditional multi-part soul view is well-suited to explaining phenomena that involve a cognitive conflict between our reflective attitudes and our non-reflective endorsements (such as weakness of the will), it falls short when we turn to the full array of human patterns of response, because it neglects a further source of challenge to reason’s rule, namely, the mediation of associative and heuristic processes. These processes introduce complications for which the simple faculty psychology view cannot adequately account. Because they produce challenges to reason’s rule that are phenomenologically invisible, traditional strategies for self-regulation cannot be straightforwardly applied to their management.

Tamar Gendler is the Vincent J. Scully Professor of Philosophy, Professor of Psychology and Cognitive Science, and Deputy Provost for Humanities and Initiatives at Yale University, where she has taught since 2006. Previously, she taught Philosophy and Cognitive Science at Cornell and Syracuse Universities, after earning her PhD at Harvard University in 1996. Much of her recent philosophical work has focused a cluster of issues surrounding the relations between explicit and implicit attitudes, particularly in the context of habit, self-regulation, and implicit bias; other current interests include general questions about philosophical methodology, and a number of specific issues that arise from thinking about the relation between imagination and belief. Her earlier philosophical work addressed various topics in metaphysics and epistemology including conceivability and possibility, perceptual experience, personal identity, and the methodology of thought experiment. A collection of some of her papers was published under the title Intuition, Imagination and Philosophical Methodology (Oxford, 2010). 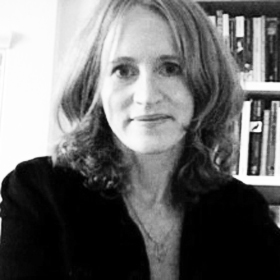 Intuition, Reflection, and the Command of Knowledge

Action is not always guided by conscious deliberation; in many circumstances, we act intuitively rather than reflectively. Tamar Gendler contends that because intuitively guided action can lead us away from our reflective commitments, it limits the power of knowledge to guide action. While I agree that intuition can diverge from reflection, I argue that this is not always a bad thing, and that it does not constitute a restriction on the power of knowledge. After explaining my view of the contrast between intuitive and reflective thinking, this paper argues against the conclusions Gendler draws from empirical work on implicit bias.

Jennifer Nagel is Associate Professor of Philosophy and Associate Chair at the University of Toronto, where she has worked since 2000. She was a Visiting Fellow at All Souls College Oxford in 2012, and at the Institute for Advanced Study in Jerusalem in 2011. Her recent work focuses on the relationship between intuitive knowledge attribution and knowledge itself; it aims to bridge the gap between empirical work on mental state attribution and theoretical work in epistemology.