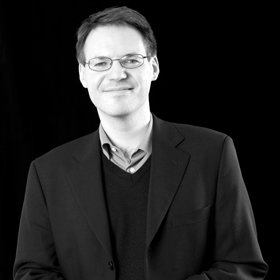 This paper suggests a bridge principle for (rational) all-or-nothing belief and degrees of belief to the effect that belief corresponds to stably high degree of belief. Different ways of making this Humean thesis on belief precise are discussed, and one of them is shown to stand out by unifying the others. The resulting version of the thesis proves to be fruitful in entailing the logical closure of belief, the Lockean thesis on belief, and coherence between decision-making based on all-or-nothing beliefs and on degrees of belief.

Hannes Leitgeb is Chair of Logic and Philosophy of Language, Alexander von Humboldt Professor, and (Co-)Director of the Munich Center for Mathematical Philosophy at LMU Munich. Before moving to Munich in 2010, he had been Professor at the University of Bristol. His main interests are in logic, epistemology, philosophy of science, philosophy of language, and philosophy of mathematics. Publications include Inference on the Low Level (Kluwer, 2004). He is the Editor-in-chief of Erkenntnis and the Coordinating Editor of the Review of Symbolic Logic. 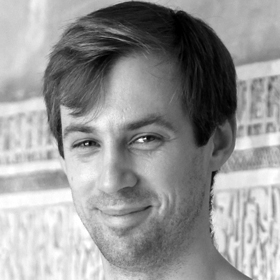 With his Humean thesis on belief, Leitgeb seeks to say how beliefs and credences ought to interact with one another [Leitgeb, ta]. To argue for this thesis, he enumerates the roles beliefs must play and the properties they must have if they are to play them, together with norms that beliefs and credences intuitively must satisfy. He then argues that beliefs can play these roles and satisfy these norms if, and only if, they are related to credences in the way set out in the Humean thesis. I begin by raising questions about the roles that Leitgeb takes beliefs to play and the properties he thinks they must have if they are to play them successfully. After that, I question the assumption that, if there are categorical doxastic states at all, then there is just one kind of them —to wit, beliefs— such that the states of that kind must play all of these roles and conform to all of these norms. Instead, I will suggest, if there are categorical doxastic states, there may be many different kinds of such state such that, for each kind, the states of that type play some of the roles Leitgeb takes belief to play and each of which satisfies some of the norms he lists. As I will argue, the usual reasons for positing categorical doxastic states alongside credences all tell equally in favour of accepting a plurality of kinds of them. This is the thesis I dub pluralism about belief states.

Richard Pettigrew is Professor of Philosophy and Head of the Department of Philosophy at the University of Bristol. He completed his PhD in mathematical logic in 2008. After that, he held a British Academy Postdoctoral Fellowship until 2011, when he joined the department of philosophy at Bristol. After his PhD, he worked mainly on topics in philosophy of mathematics, with a particular focus on mathematical structuralism. Since 2010, he has also worked in formal epistemology, with a particular interest in deference principles and the role of accuracy in epistemology. Publications include ‘Platonism and Aristotelianism in Mathematics’ (2008), ‘An Objective Justification of Bayesianism I & II’ (with Hannes Leitgeb) (2010), ‘Accuracy, Chance, and the Principal Principle’ (2012), ‘Indispensability Arguments and Instrumental Nominalism’ (2012), ‘What Chance-Credence Norms Should Not Be’ (2013), and ‘Accuracy, Risk, and the Principle of Indifference’ (2014). His first book, Accuracy and the Laws of Credence, is under contract with Oxford University Press.