The 89th Joint Session of the Aristotelian Society and the Mind Association will be held at the University of Warwick from 10 to 12 July 2015.

The Open Sessions take place during the Saturday and Sunday afternoons of the conference. There are a large number of places available, with no restrictions on the areas of philosophy that may be addressed. The intention is to accommodate all philosophical material that is suitable for presentation, though a more selective procedure may have to be adopted in case the number of suitable submissions exceeds the available places. There are 20 minutes available for each Open Session talk (plus an additional 10 minutes for discussion).

The Postgraduate Session occurs on the Saturday afternoon of the conference. All submissions are blind reviewed and a maximum of eight are selected for presentation. The programme is divided into two parallel sessions ('theoretical' and 'normative') of four speakers each. Each talk lasts up to 20 minutes and is followed by an additional 10 minutes for discussion. 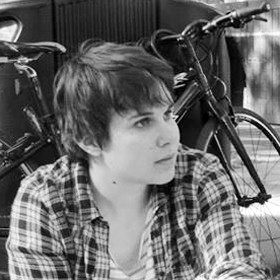 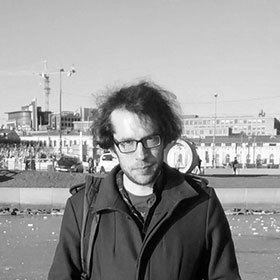 Matthew McKeever is a third year PhD student at Arché, St Andrews, although he's spent about nine months as a visiting scholar at the University of Texas in Austin. Prior to coming to St Andrews he did an MPhil at Selwyn College, Cambridge, and prior to that, he studied at Trinity College Dublin. His main research interest is in the notion of reference, and in particular the compositional semantics of noun phrases and the nature of singular thought. His PhD considers various types of expressions typically taken to be referring expressions, including names and (unbound) pronouns and gives new accounts of how, if at all, they refer.

Kaplan (1977) argues that demonstratives are directly referential singular terms. While the exact nature of direct reference is contested, it's at least clear that a necessary condition for an expression's being such is that it be rigid: that it, relative to a given context, denote the same object relative to all points of evaluation such as world and time. I'll argue that it's false that demonstratives are always directly referential singular terms by presenting a case involving a seemingly true sentence containing a demonstrative only predicted to be in fact true provided the demonstrative is functioning non-rigidly. I will then go on, having considered and replied to some objections, to note the consequences this has for two important debates in the philosophy of language, that concerning the character/content distinction, and that concerning the nature of acquaintance. 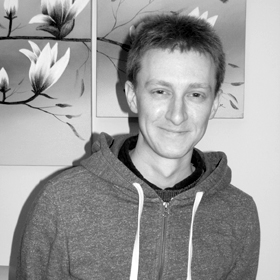 The Dead Past Dilemma

Robert Pezet is PhD candidate in Philosophy at the University of Leeds. Before that, he received an MA in Philosophy and BSc (Hons.) in Philosophy and Psychology, also from the University of Leeds. His research is primarily focused on the philosophy of time, where he is distinguishing, then examining, the structure and varieties of presentism. He defends a novel variant that he has labelled Effervescent Presenitsm. Though, he endeavors always to maintain a broad philosophical interest. And is thankful for the wisdom he has gained under the supervision of Robin Le Poidevin and Jason Turner.

This paper outlines a temporal levels structure for understanding various metaphysical theses in the philosophy of time. Employing that structure, it then goes on to explain a dilemma that threatens the temporal collapse of the growing-block thesis to its meta-temporal level. This relies on the acceptance of a productive form of causation that explains why specific additions to the growing-block occur. The result is that any reasonable growing-block theory will collapse into a version of presentism or eternalism where the number of existents only grows over time. Finally, it uses this result to suggest that the recent permanentism-temporaryism debate is orthogonal to the debate over whether there are past, present, or future existents. As a consequence, it is claimed that the success of the former debate ought not to impact on our interest in the latter. 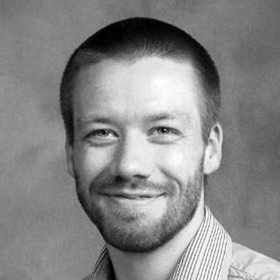 Casper Storm Hansen is a Postdoctoral Research Fellow at the University of Aberdeen. He studied philosophy and mathematics at the University of Copenhagen before coming to Aberdeen to write a doctoral dissertation under the supervision of Crispin Wright. In the dissertation he developed a philosophy of mathematics that, like intuitionism, is based on the austere ontological basis of mental constructions but, unlike intuitionism, avoids the problems associated with verificationism. However, what have really kept him awake at night have been the semantic paradoxes.

I offer a solution to the Liar Paradox based on the premise that language is conventional. For a sentence to be true is that the actual world is among those possible worlds for which it has been conventionally and implicitly agreed that it is appropriate (in a certain idealized sense) to utter the sentence in question. That account of truth leaves no room for a sentence being true if and only if it isn’t. So the Liar cannot be such a sentence. It is, however, consistent with it that there are strings of words that seem to form a precise indicative sentence but for which we in fact have no precise convention, i.e. no agreement among the members of a language community that for any possible world determines whether the sentence is appropriately assertible in that world. I argue that that is the status of the Liar. I also give an account of what it is that can make a sentence defective in this way while at the same time appear to have clear truth conditions. 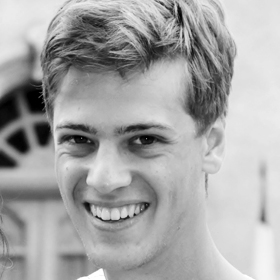 Alex Kaiserman is a DPhil student at the University of Oxford and a Procter Fellow at Princeton University. His thesis focuses on the relationships between causation and modality, and uses tools from formal semantics to model the context-sensitivity of causal language. He is currently exploring the consequences of this approach for issues in ethics and legal theory, including the question of how to apportion responsibility between wrongdoers and how best to interpret talk of 'proximate' causation in the law. He has an undergraduate degree in physics and philosophy, and continues to work on topics in the philosophy of science, particularly hierarchical approaches to the unity of science and interventionist approaches to causation in psychology. Alex has worked with UNIQ, the Access Project and most recently the Brilliant Club on initiatives to improve access to higher education for pupils from low-participation backgrounds.

In most cases, liability in the law is all-or-nothing – a defendant either is or is not liable for a harm. By contrast, I argue that a defendant can be partially liable for a harm, to a degree equal to the degree to which her breach of duty causally contributed to the harm. I develop a novel metaphysics of causal contribution in a probabilistic framework and use it to illuminate an important tension between the punitive and compensatory roles of damages in tort law and some conceptual and normative difficulties with joint enterprise doctrine in criminal law. 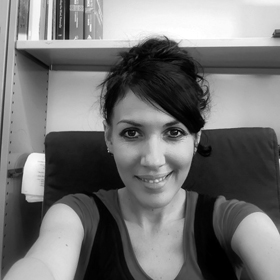 No Epistemic Norm for Action

Mona Simion is a Doctoral Researcher at the KU Leuven Centre for Logic and Analytic Philosophy, where she is part of the Leuven Epistemology Group. Her research focuses mainly on epistemology, but it also touches on issues in value theory and the philosophy of language. She has worked on topics like epistemic norms, the value of knowledge, perceptual and testimonial entitlement, epistemic contextualism and pragmatic encroachment. Her doctoral project aims to develop a function-first integrated account of epistemic norms for action, assertion and belief. 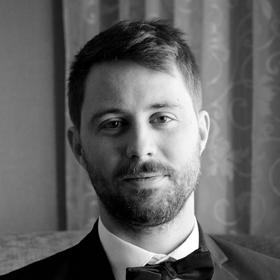 I’ve been a PhD student at the University of Southern California’s Department of Philosophy since September 2013. I’m most interested in ethics and the philos- ophy of language, especially in questions at their intersection concerning natural language modality, the practicality of normative language, expressivist semantics and metasemantics, and the normativity of meaning. I’m also interested in first- order questions in ethics – the topic of moral luck, these days – and in epistemology, particularly epistemic normativity. Before coming to USC, I studied philosophy at the University of Toronto and at the University of St. Andrews, where I wrote an MLitt dissertation on the factivity objection to epistemic contextualism.

Suppose that some judgments, like I should dance, are practical in the sense that, other things being equal, they motivate those who hold them. That is, suppose that motivational internalism is true of a range of judgments. These judgments’ practicality requires explanation. Such explanations tend to diverge on the atti- tude said to constitute practical judgment. Non-cognitivists advert to desire-like or otherwise non-cognitive attitudes; cognitivists advert to beliefs, sometimes ex- plaining, as Scanlon, Korsgaard, and Smith do, their motivating character through rational-motivational norms. These norms typically hold that if an agent’s belief is a practical judgment, then either she is appropriately motivated by the belief or she is irrational.

I conclude by arguing that belief provides an impoverished model of practical judgment. The aforementioned counterexamples exist in the gap between an agent’s beliefs and her entire cognitive state. Given that two agents who share identical beliefs can differ in the information they grasp, and, hence, in their cognitive state, belief ascriptions under-specify an aspect of cognition essential to genuine practical judgment. 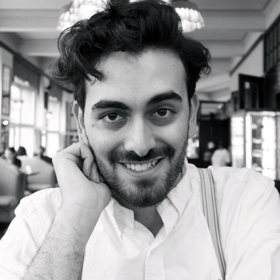 A Cautionary Tale Against Generic Amelioration

Recent empirical psychological studies implicate social generic sentences—generic sentences involving social generic noun phrases—in the transmission of social prejudice (Leslie forthcoming). In an attempt to mitigate these pernicious effects, Sarah-Jane Leslie (forthcoming; 2014) and Sally Haslanger (2011) argue that we ought to revise our linguistic practices concerning social generics. In particular, they claim that reducing the frequency with which social generics are uttered may alleviate their role in the transmission of social prejudice. Call this proposal Generic Amelioration. This paper argues that this strategy is unlikely to successfully combat the spread of social prejudice. Two such consideration are given. First, Generic Amelioration requires unworkably extreme revisions to our current linguistic practices. Second, it is unclear whether Generic Amelioration would have the positive effects which Leslie and Haslanger predict. This is not to say that careful consideration should not be given to reducing the harmful effects of generics. Rather, more empirical work must be done before Generic Amelioration can be endorsed.


Learn more about the Supplementary Volume, including info on how to subscribe to the 2015 edition.